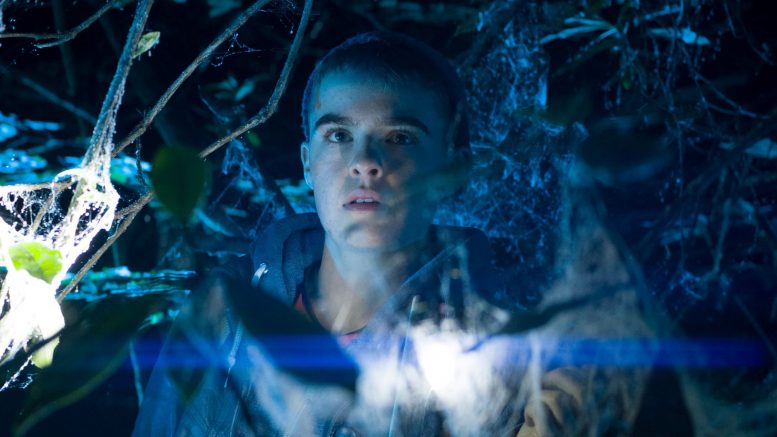 The critically-acclaimed Truestory Theatre have been wowing audiences in Brighton for six years with their inventive take on classic tales such as Frankenstein, Dracula and the ever-popular A Christmas Carol at The Spire. Now for 2021, they are bringing a brilliant original new work at the Attenborough Centre for the Creative Arts from Thurs 9 – Fri 31 Dec.

Blu & The Magic Web takes families on an adventure through the tangled woods, providing a magical new spin on some familiar classic tales.

Along the way, audiences will encounter characters from some of the world’s best loved stories – all reimagined for the next generation, making this show a true fairy-tale mash-up, bringing together Red Riding Hood, Sleeping Beauty, Hansel & Gretel, Rapunzel and some brand-new characters to add to your storybooks. Expect drama, comedy and music in a feel-good spectacular for all the family this festive season.

Celebrated for a strikingly visual style and physical feats, Truestory Theatre’s productions are always inventive and engaging. This show is, once again, helmed by writer, director and actor Gary Sefton. Dazzling lighting design by Clare O’Donoghue combine with mesmerising sets and costumes by renowned designer Ryan Dawson Laight. Original music and songs created by HC White are performed by an ensemble of professional actors.

Lily McGibbon as Blu (Image credit: Jake Sefton)Tickets deals have been made available for groups of five or more and there are even some Pay What You Decide tickets available for shows in the first week, where you pay after you’ve seen the show. The production is suitable for ages 6+, and their adults, and lasts around 70 minutes.

Truestory Theatre has welcomed six promising graduate actors from top national drama schools in the company this year. In what has been a devastating time for the industry, those starting out have missed critical showcases as they begin their careers.

The company has also held open auditions for the first time this year, attracting 150 applicants for their call out to performers based in the Greater Brighton area. Meaning it is truly a show made for and by Brighton artists.

As the artistic director of Truestory, Gary Sefton has led all of their shows, both on stage and as director and writer. He has worked extensively with some of the most reputable names in theatre for over 20 years, including The RSC, National Theatre, Northampton Royal & Derngate and many other regional repertory companies. He seeks to create ground-breaking, inspiring and original work, which has a strong emphasis on storytelling. He also teaches at The Royal Central School of Speech and Drama, East 15, GSA, Mountview, Rose Bruford and Chichester University.

Hospice during the company’s annual Help for Hospices week. Between Monday 12th and Friday 16th September, Covers is aiming to raise £30,000 for local hospice charities across the south of…

Fields in Trust has announced that voting has officially opened to decide the ‘UK’s Favourite Parks’, with the national charity calling upon the residents of Brighton to support their local…