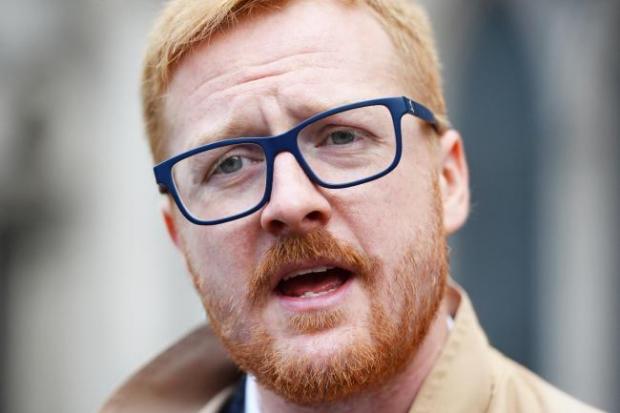 BORIS Johnson announced tonight that England would face yet another national lockdown.

But Brighton and Hove MPs slammed the “dithering” Prime Minister for acting too late.

The most recent weekly coronavirus rate in the city showed there were 556.6 new cases per 100,000 population in the week leading up to December 30, compared with just 62.9 on December 2 – the day England’s second lockdown ended.

Brighton Kemptown MP Lloyd Russell-Moyle slammed Mr Johnson for his lack of action over the last few weeks, as a new, more transmissive strain of Covid-19 was discovered in the South East of England and cases soared as a result.

The Labour MP said the Prime Minister’s failure to take control had led to tens of thousands of deaths.

Mr Russell-Moyle said: “Since this crisis began the Prime Minister has been dragged, dithering and obfuscating.

“We knew there would be a second peak and that it could be worse than the first, we now have more people in hospital than we did in the first wave.

“His delays have meant more uncertainty for parents, NHS workers, businesses and the community as a whole.

“Worst of all though, his delays have meant 75,000 people dying.

“I am obviously pleased he has finally acted with more restrictions but when this is all done we need a full and thorough public inquiry to find out the scale of this failure.”

As a result, the Labour MP said people would “pay the price for the government’s failure to get a grip while they had a chance”.

Mr Kyle said: “As our country pays the price for Boris Johnson’s confused messaging and relaxation of rules over Christmas, we’ve once again been led to a place where the virus is running rampant and threatening to overwhelm hospitals. We have no choice but to submit to even tougher regulations but I’m in no doubt that it is us that is paying the price for the government’s failure to get a grip while they had a chance, to create a ‘world class’ tracking and tracing system and get mass testing to work effectively.”

Brighton Pavilion Green MP Caroline Lucas joined her peers in despairing over the lack of urgency in the Prime Minister’s actions.

She said: “Ministers were advised nearly two weeks ago that this exceptionally contagious strain of the virus in the UK demanded tougher action, including school closures and a likely new lockdown.

“The Prime Minister did nothing in response, and only yesterday was claiming that schools were safe.

“His communications have been all over the place and his shambolic response, dither and delay has cost lives and is continuing to cost lives.

“Meanwhile almost nothing seems to have been done to patch the multiple holes in the response to Covid – namely the still failing test, trace, isolate and support system, setting up testing facilities in school and ensuring that pupils are able to learn online.

“These need to be sorted out and there must be more government support for businesses and the self-employed who are already really struggling.

“When you look at the response of countries which seem to be on top of this virus, and this Government’s response, there is no comparison.

“Ministers should have been learning from others from the very start of this crisis, not constantly talking up British exceptionalism, because – tragically – our only exceptionalism is one of the worst infection rates in the world.”

The third national lockdown , which comes into effect in the early hours of tomorrow, means schools will be told to switch to remote learning.

This move comes just days after Mr Johnson, speaking on the BBC Andrew Marr show, responded to Brighton and Hove City Council, advising schools in the city to move to remote learning by saying: “My message is that they (the council) should be guided by public health advice, which is that at the moment, schools are safe in those areas where we are not being driven by the new variant.”

The new restrictions will also mean that vulnerable people in Sussex, which was previously under Tier 4 restrictions, will be asked to shield again – as in March.

But Mr Johnson heralded a mass vaccination programme in the UK as a sign that there was light at the end of the tunnel.

He said: “The weeks ahead will be the hardest yet, but I really do believe that we are entering the last phase of the struggle because, with every jab into our arms, we are tilting the odds against Covid and in favour of the British people.

“And, thanks to the miracle of science, not only is the end in sight but we know exactly how we will get there.

“But for now, I’m afraid, we must once again stay at home, protect the NHS and save lives.”