Brighton & Hove Councillor Anne Pissaridou has been suspended from the Labour Party following an investigation into alleged antisemitic Facebook posts made in 2016 and 2018.

The national Labour Party has received a complaint about two separate posts shared by the councillor, alleged to contain anti-Jewish conspiracy theories.

Until recently, Cllr Pissaridou was the chair of the authority’s environment, transport and sustainability committee and is the second Brighton Labour representative to be investigated for alleged antisemitic content.

This loss of seats for Brighton has put Labour’s minority council at risk, who won just one extra seat ahead of the Green Party in last year’s elections. 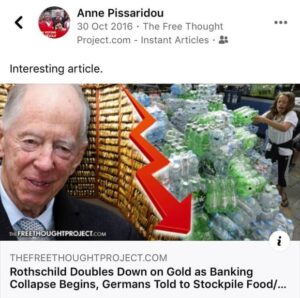 The posts in question share links to articles from an allegedly antisemitic website containing conspiracy theories, including claims connecting the Rothschild family to the fall of banks in Germany.

In regards to the case, Cllr Anne Pissaridou said: “I am deeply sorry for my actions and any distress I have caused to the Jewish community.

“This happened several years ago, before I was a councillor, and the posts I shared do not reflect my views.

“I do not seek to excuse my mistake. I deeply regret not properly reading information before sharing such hurtful links.

Pissaridou also said she would fully co-operate in the ongoing investigation while she is suspended.

While the matter is investigated by the party, Cllr Pissaridou cannot attend any Labour group meetings or represent the party, but she may represent her constituents as an independent for the time being. 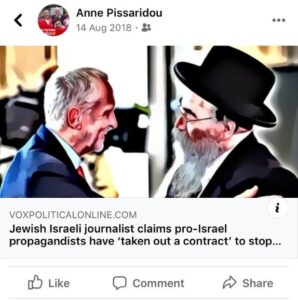 This news follows the suspension of the Deputy Chair of the Housing Committee Nichole Brennan in March, who stood down from Brighton & Hove City Council and is still being investigated.

Both initially selected by the leftwing political organisation, Momentum, Cllr Pissaridou was elected in 2019 for North Portslade and Cllr Brennan for East Brighton.

At least three other party activists have also been expelled from Labour in recent weeks, including Pam Page, Anne Mitchell and Rebecca Massey.

Ms Massey posted a tweet stating she had been expelled in June because of her support for Chris Williamson MP, who was dismissed after his claims Labour had been “too-apologetic” during the party’s antisemitic investigations.

Labour is being reviewed by the Equality and Human Rights Commission after receiving a number of complaints about allegations of antisemitism.

The nation’s equality body plan to publish a full report of their findings with recommendations for improvement once the study is concluded.

What a Load of Rubbish!

Person hit by train between Lewes and Brighton

A MAN accused of murdering a student at a New Year’s Eve party told police of his horror at finding the “dead dude”, a jury has heard. The Argus | Brighton and Hove news …

A WOMAN has suffered life-threatening injuries in a crash on the A272. The Argus | Brighton and Hove news …

UNIVERSITY Hospitals Sussex Trust was caring for 92 coronavirus patients in hospital as of Tuesday, figures show. The Argus | Brighton and Hove news …

A DISCOUNT supermarket chain has announced a pay rise for workers in Sussex. The Argus | Brighton and Hove news …