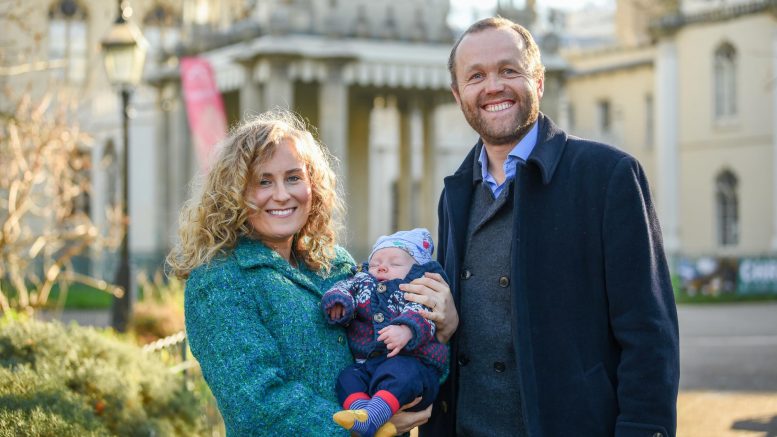 A COUNCILLOR has apologised after being found to have overclaimed as much as £480 for childcare expenses over 18 months.

On 27 of those claims, Cllr Phillips claimed for two hours or longer above the confirmed duration of approved duties.

However, no evidence has been found that there was a deliberate attempt to deceive council officers or dishonestly misuse public funds for personal gain.

Cllr Phillips has repaid £490 after the inquiry concluded that her potential overpayments could total up to £482.34.

She said: “I wish to apologise for the small number of claims I made which were not in line with the council expenses policy.

“I have already repaid these claims, which I did when allegations that I had been overpaid first came to my attention.

“I have co-operated with this independent investigation and accept its findings in full. It was never my intention to make claims which were not in line with the council’s policies and procedures.”

The report also found receipts and supporting documentation were not submitted with her claim forms, which was not considered to be necessary by the council officer processing the expenses claims.

Cllr Phillips told the inquiry that she was “not aware it was a requirement to provide supporting information with the childcare expense claim forms”.

Among the claims made were for childcare for three meetings between March and July 2020 – at the start of the Covid-19 pandemic. As Cllr Phillips and her family were stranded in France at the time due to a national lockdown, the childcare – which was booked in advance – did not take place.

However, Cllr Phillips said she wanted to pay for the service anyway amid the collapse in income for childcare providers, claiming the money back from taxpayers.

“Given the collapse in income for many childcare providers, I chose to honour the commitment to pay for that childcare. I fully recognise that I should not have claimed those payments back from the public purse.”

Councillor Tom Druitt, husband of Cllr Phillips, previously told The Argus that “there were no claims for anything” while they spent four months in France during the first lockdown. He described the decision to pay for the pre-booked childcare as the “honourable” thing to do.

He said: “I was unaware that childcare in Brighton and Hove during the time we were in France had been pre-booked by my wife. Alex did the honourable thing and paid our childminder for the sessions we didn’t need because she was worried about the loss of income to our childminder.

“I agree that to claim for these sessions is wholly inappropriate and the maximum amount of possible overpayment has been already repaid to the council.

“There was never any intention to defraud the council and there is no evidence in the auditor’s report which supports that claim.”

Cllr Druitt, the council’s joint finance lead, said that, as new first-time parents, they struggled to stay on top of council work, run two local businesses, care for their child and worry about the pandemic.

“As a result, mistakes were made and for this, apologies have been made,” he said.

The 74 chilcare claims were made on six expences claim forms.

The report said that the councillor’s six claim forms spanning the 18-month period cannot be found by the council, with Cllr Phillips also unable to provide a copy of them.

Cllr Phillips was found to have not made claims for childcare on 25 dates where she attended duties. It is not clear whether she required childcare for those meetings, but the report said that if she had, it would have “potentially” reduced the value of any overpayment in expenses.

The review concluded that procedures should be tightened in regard to expenses paperwork being submitted correctly, on time and more thoroughly checked and that rules relating to travel time to support childcare arrangements should also be reviewed.

A spokesman for Brighton and Hove City Council said: “We accept the findings of the independent review we commissioned into councillor expenses claims and are committed to implementing its recommendations.

“The councillor has accepted the findings too and has apologised.

“We accept that council officers could and should have done more to promptly notify the councillor in question about any potential issues with their expenses claims.

“We will be reviewing our systems to make sure these improvements are made.

“Councillors are the backbone of local democracy and work extremely hard on behalf of their constituents.

“Enabling them to make reasonable claims for expenses is a crucial part of moves locally and nationally to increase the number of people willing to put themselves forward for the role.

“Within this context support with childcare is not just legitimate – it’s crucial.

“We must never accept a situation where people who want to be councillors are put off simply because they feel they cannot afford to do so.”

Both councillors have announced they will be standing down at the next local election in 2023.