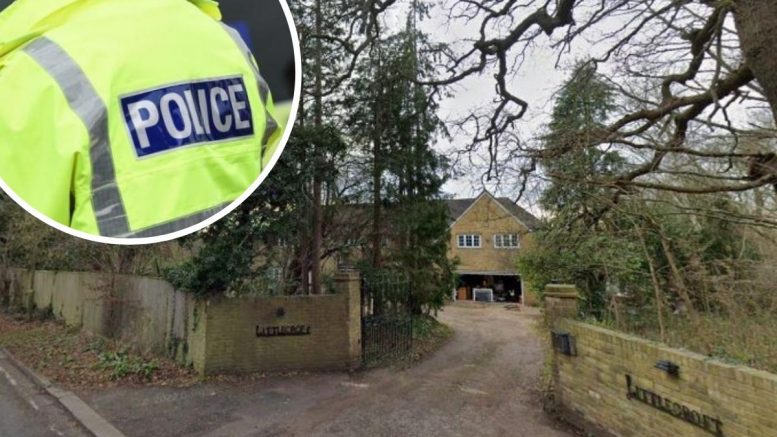 A MAN has been arrested on suspicion of murder following the death of a man in a swimming pool at a house party.

Police are investigating after a man in his 20s was found unresponsive in the pool and later pronounced dead at a mansion in Radlett, Hertfordshire, on Sunday, May 22.

A 34-year-old man from Brighton has been arrested on suspicion of murder, police have confirmed.

He has since been bailed until June 17.

A post-mortem examination is due to take place to try and determine the cause of death.

The party was taking place at a property dubbed “Kinky Towers” due to its history of hosting swingers parties.

However, Richard Stanley, who runs Radlett Adult Parties, told The Sun the event was “strictly music” and that the event had been put on by a London-based company.

More than 200 people are said to have attended the party and police are keen to speak to anyone with information.

The family of the man who died is being supported by specially trained officers, and there has been a police presence at the address in Theobald Street while major crime officers investigate.

Detective Inspector Iain MacPherson said: “Firstly my thoughts are with the man’s family and friends at this very difficult time.

“We are trying to piece together what happened and I would like to appeal for the public’s help. There was a party happening in the house at the time and although we’ve spoken to a number of attendees, we believe there are others who left the party early but could still have information that will help our investigation.

“Please get in touch if you think you might be able to help. The man’s family need to understand what happened.”