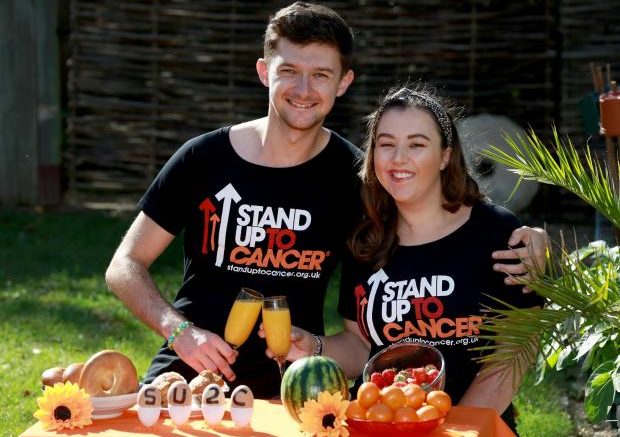 A TEACHING assistant was given a shock brain tumour diagnosis after suffering a seizure while driving.

Sophie Field was at the wheel when she heard a strange noise she thought was a mechanical fault in Brighton.

But then after pulling over she suffered a severe seizure and had to be taken to hospital.

She was told she had a brain tumour the size of a peach.

At first Sophie, 25, from Ovingdean, was told it was benign. She was given a brain op and applied to get her licence back.

As she started to get her life on track last year, she started having more small seizures and went back for checks.

Read more on The Argus:

She had another operation, but within a fortnight she was given the news the tumour was cancerous.

Before the coronavirus lockdown she had to start chemotherapy treatment to beat the cancer.

It has forced her life to change because of the impact of treatment and surgery, forcing her to stop competitive dancing and to stop work.

Now she wants to warn others to get symptoms checked after figures showed fewer people are starting treatment for cancer as a result of the pandemic.

Sophie is standing up to cancer

Sophie said: “I had constant headaches for nearly a year and put them down to dehydration or stress. Around six months before my diagnosis, I started to have seizures. MRI scans were declined for another month but one month later I was diagnosed.

“I want to make people aware of how mild symptoms can be so much more serious. When symptoms are persistent, I cannot stress enough how important this is.

“Even when you are worried or too scared to go to get it checked, It’ll ease your mind and the sooner you can take the next step when it’s needed.”

Now alongside boyfriend Liam Alexander, 24, and their dog Opal, Sophie has taken part in the Cancer Research UK and Channel 4 fundraiser for Stand up to Cancer on Sunday Brunch.

She said she previously loved the glitz and glam of competitive dancing and the pride she felt when she attained first place, but has had to retire.

“Now I love to take my little sisters out with my boyfriend when I can and we all love of a game of bowling,” she added.

Sophie and Liam are turning up the heat on cancer by doing a sponsored cook for Sunday Brunch, with Channel 4 set to showcase the best examples.

Cancer Research UK spokeswoman Lynn Daly thanked them and said: Cancer doesn’t stop in the face of a pandemic. It can affect anyone’s life, at any time.”

To donate, take part, or find out more visit: su2c.org.uk/brunch.