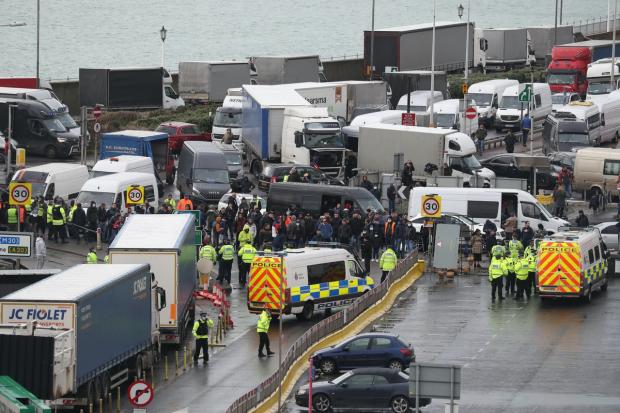 SUSSEX will be plunged into the highest level of coronavirus restrictions from Boxing Day, but how long will they last for?

Yesterday, the Health Secretary announced an extension to Tier 4, moving the whole of Sussex into the toughest level of measures.

It comes just days after London and parts of the South-East were forced into the top Tier.

On Saturday, when the capital was placed under tier 4, the prime minister said the lockdown would be reviewed after two weeks.

However, Matt Hancock suggested the measures could be in place for much longer.

How long will Tier 4 last for?

Tier 4 measures first came into force in London and parts of the south-east at midnight on December 20.

Boris Johnson said the measures would remain in place for two weeks, before a review.

However, he has warned that the restrictions are likely to be in place at least through New Year’s Eve.

There is no guarantee that the affected regions will exit Tier 4 on the review date.

Despite this, the Health Secretary said the new measures could be in place for the “next couple of months” due to the “highly concentrated” nature of the mutant strain.

The new mutant strain is more transmissible and responsible for a significant rise in the number of cases reported across all areas of Sussex.

According to Brighton’s director of public health, the strain was almost certainly” responsible for the rise in cases in the area.

Alister Hill said: “Based on the latest data and patterns elsewhere in the South East, we expect numbers to continue to rise in the coming days.

“This new variant is more transmissible than the previous one. You are now much more likely to contract Covid-19 if you spend time with someone with the virus than you previously were.”

The highest level of restrictions is similar to that of the full lockdown that the nation exited on December 2.

Non-essential shops, hairdressers and leisure and entertainment venues will close.

Households are not allowed to mix but one person is allowed to meet with one other person outside in a public space.

Places of worship will be open for private prayer and communal worship, but people cannot interact with anyone outside their household or support bubble.

You can also leave your home to exercise by yourself, with your household or support bubble, or with one person from another household