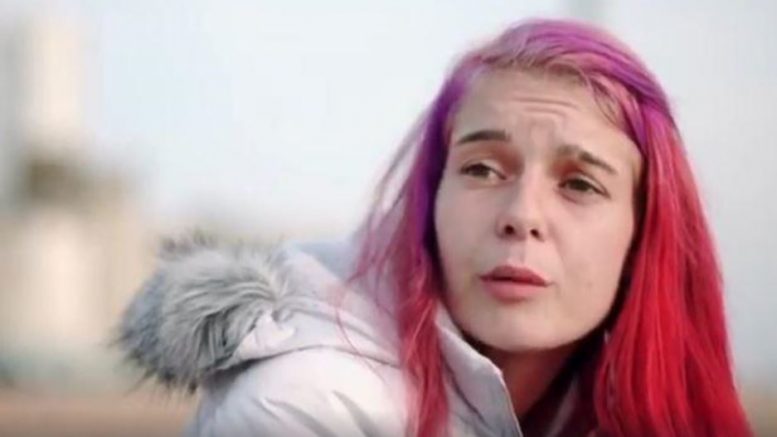 A CORONER expressed shock when the family of a woman who appeared in a BBC show on homelessness alleged her partner had been “involved” in her death.

Paige Greenaway was found hanging at her home in Richmond Terrace, Brighton, on Sunday, February 9.

The 23-year-old had featured in the 2017 BBC documentary Love And Drugs On The Street about homelessness in Brighton when she was 21.

Paige had been homeless for seven years and used to live in a tent in a graveyard, but at the time of her death she was living in privately rented bedsit.

At the inquest into her death today at Sussex County Cricket Ground, senior coroner Veronica Hamilton-Deeley halted proceedings after Paige’s mother Edell Greenaway alleged Paige’s partner had been “in the room” when she died.

Ms Greenaway said: “They had quite a violent relationship.

“He used to always say if Paige left him he would ‘kill her with his own hands’. I think he was to do with it.”

Ms Hamilton-Deeley said: “I’m frankly astonished that these allegations are coming to me at this late stage, eight months after Paige’s death.

“If you did not know who to speak to in the police you could have spoken to my coroner’s officer.

“Ladies and gentleman, I’m sorry to have called you here today but I am going to adjourn this inquest.”

Earlier in the proceedings, coroner’s officer Ariana Palermo reported that Paige’s partner had called police on Sunday, February 9, when she had not answered the door to him.

He had received a message from Paige the day before to say she was intending to take her own life, the court heard.

Detective Sergeant Chris Lane told the court that police attended her flat and forced entry when there was no answer.

Officers found her hanging and confirmed her death just before 8pm but there were signs she had been dead for several hours.

DS Lane said: “I’ve attended many incidents like this and consider

myself to be an experienced detective.

“There was nothing about the scene or the behaviour of Paige’s partner that made me think he was involved with her death.

“When we went to get his statement he was very grief-stricken. It’s absolutely my view he was not there when she died.”

Paige, who had three young children, had been diagnosed with ADHD and triple X syndrome when she was young and had suffered with anxiety, depression and emotionally unstable personality disorder.

She had a history of substance misuse and addiction and had experienced domestic abuse.

The coroner described her life as “volatile and troubled” and said her diagnoses would have been “unbearably difficult”.

The inquest was adjourned for four months.