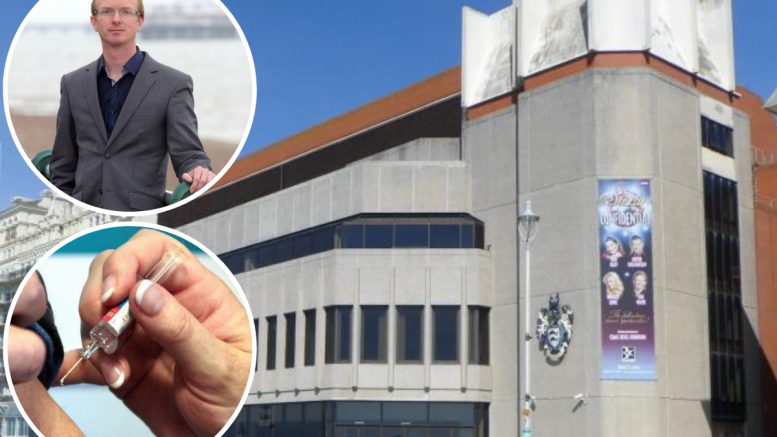 THE NHS will take over Brighton Centre for mass Covid vaccination – with the order of who will receive the jab now confirmed.

Earlier this week, The Argus reported that the music and entertainment venue might be used as part of plans to provide immunisation against coronavirus.

The first batch of the vaccine has now arrived in the UK.

Up to 3,000 people a day, seven days a week, can be treated once a vaccine is available to the public.

A meeting of the Policy and Resources Committee confirmed that the site would be used until at least March next year.

Leading Brighton and Hove councillors noted the plans without discussion on Thursday 3 December.

The report, sent through on the nod, said: “The city council will support the national vaccination effort.

“It is recognised that this massive public health programme is of critical importance to the health and well-being of Brighton and Hove residents as well as the recovery of the economy.

“The vaccination centre will be the largest in Sussex, used by 3,000 people per day, seven days per week.

“Councillors and officers wish to support this decision and enable the Brighton Centre to accommodate this important work, but given the unusual nature of the request, and its duration, a decision to use urgency powers has been made.”

Care home residents, people over 80, carers and frontline health care and social workers are given priority to receive the vaccine first.

The priority order is:

Sussex Community NHS Foundation Trust has a licence to operate a mass vaccination programme at the Brighton Centre from 1 December until 31 March 2021, with the option to extend this time.

Executive director for economy, environment and culture Nick Hibberd granted the licence under urgency powers on Friday 27 November after discussions with the trust.

The income will help the council with the ongoing operational costs of maintaining the building.

The Pfizer-BioNTech vaccine was approved by the Medicines and Healthcare products Regulatory Agency on Wednesday 2 December.

Further vaccines by Moderna and OxfordAstraZeneca are still in phase three testing.