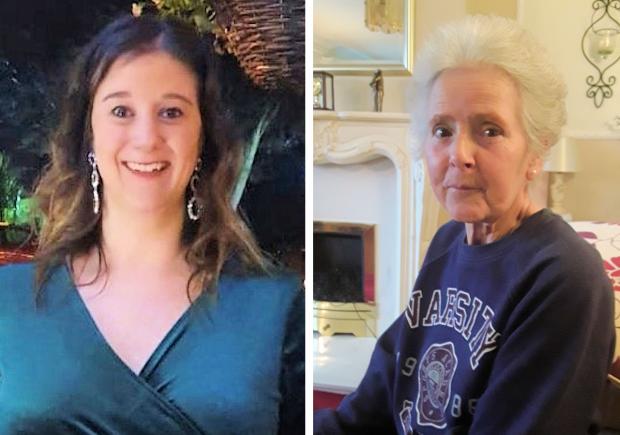 A MECHANIC accused of murdering his wife said he loved her more than she would ever know.

Daniel Appleton, 38, said he was stressed at work but looking forward to starting a family with wife Amy.

Appleton is accused of murdering the 32-year-old outside the couple’s home in Crawley Down, near Gatwick.

The court heard how Sandy Seagrave, 76, was also beaten to death with her own walking stick after confronting Appleton.

The prosecution claim Appleton was on drugs at the time of the attack, in December last year.

Appleton told the court he had not taken any illegal substances at the time.

He admits being responsible for their deaths in Crawley Down, near Gatwick, but denies murder

Appleton fought back tears as he told the court: “Amy is was so special.

“I knew her from a young age.

“She was my sister’s friend.

“She was a very special person.

“She was caring, loving and she would do anything for anyone.

“I loved her more than she will ever know.”

Amy Appleton and Sandy Seagrave were both beaten to death

He told the court how he proposed on Brighton seafront and their wedding reception was in the same restaurant where they had their first date.

He gave her a car while she was studying to become a primary school teacher.

The couple were married in 2018 before putting their honeymoon on hold.

The court heard how they returned from a European road trip in September last year.

Appleton said: “We had such an amazing time.

“It was difficult to get back into the swing of it.

“I had holiday blues, we both did.

“I found getting back into work quite hard.

“I was thinking about Christmas, our birthdays, our anniversary.

“It was a lot of pressure at work and I spent a lot of time there.

“I had pains in my chest, headaches.

“I used to get a really tight chest.”

Appleton said his wife put everything she had into her work and they were both working hard to make a life for themselves.

He said: “We both wanted to be parents but we were enjoying our life.

“I did want to be a dad and Amy definitely wanted to be a mum.

“We’d had a fantastic honeymoon and were were enjoying fantastic weekends.

“We were making time for each other.”

Appleton used a kitchen knife to slash at his veins and stab himself in the chest.

Police found him naked in a pool of his own blood.

The trial in Hove continues.