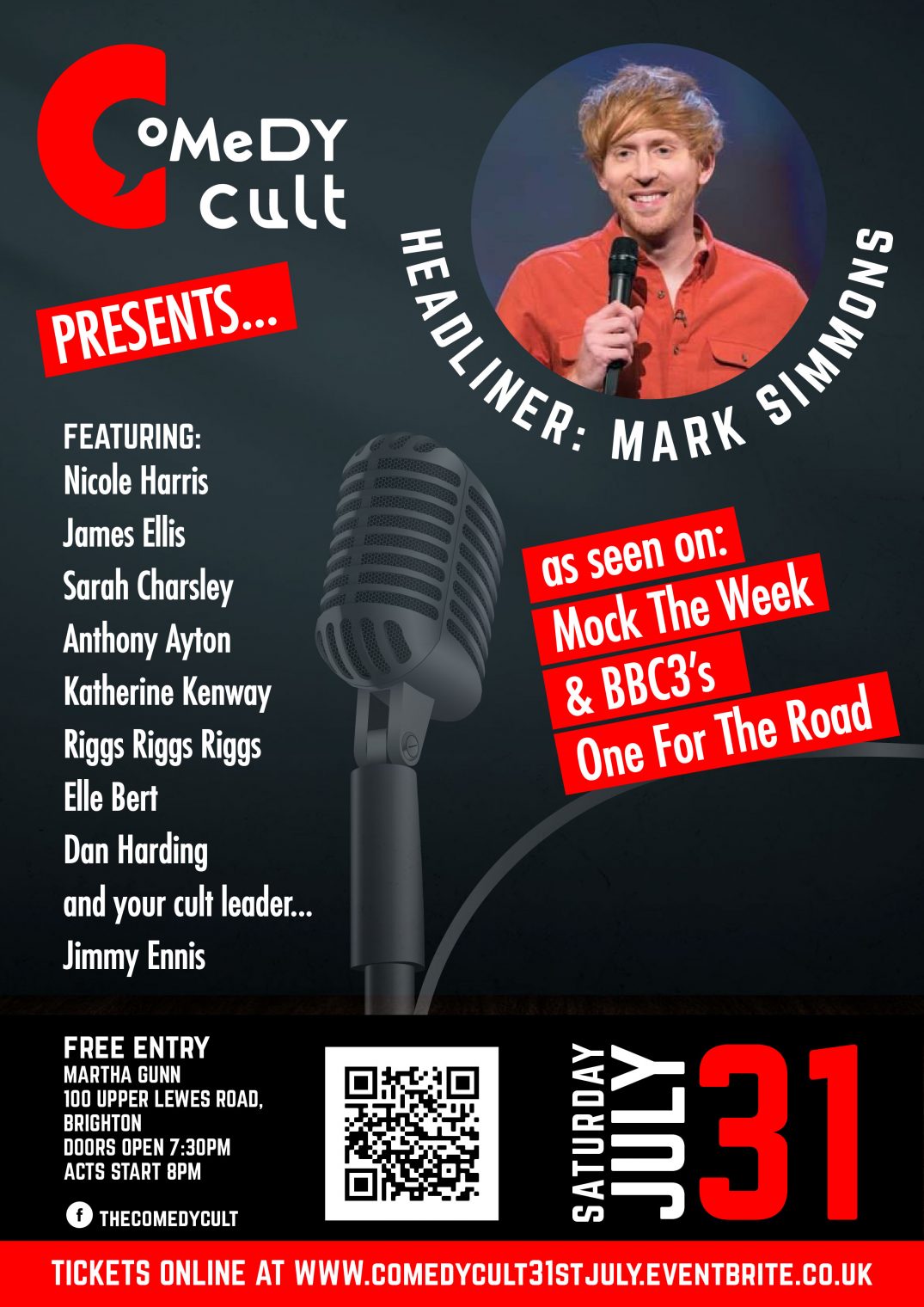 Comedy Cult returns on Saturday 31st July with an incredible line up.

Headlined by Mock The Week’s Mark Simmons as seen on BBC3’s One For The Road, and tour support for Rob Brydon, Seann Walsh & Rob Beckett

And your Cult Leader…Jimmy Ennis