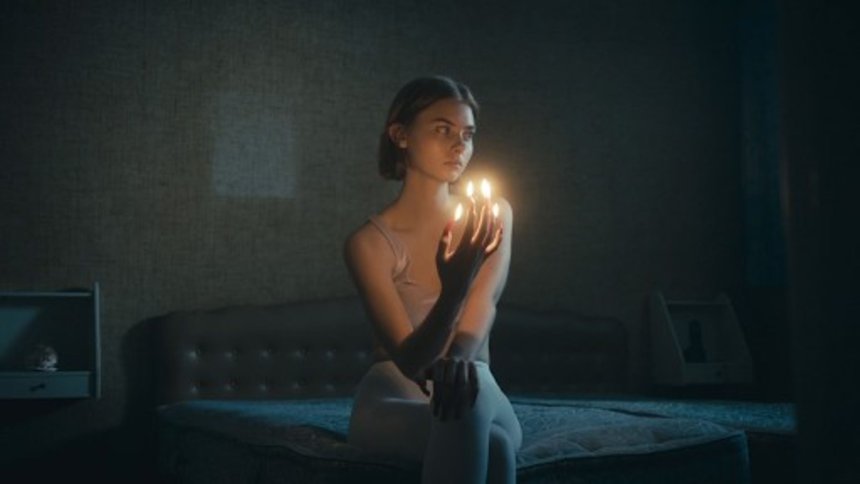 Between 7 and 8pm Third Thursdays will be showing short films above shops and restaurants of North Street, Bond Street and Gardner Street. Viewers can follow the trail or just watch one film. We’ll be walking films through the streets using a portable cinema set up.

Meet at TK Maxx on North Street at 7pm to start the tour. Look out for the yellow hi-vis vests.

Access: the trail will cover approximately 1km, all wheelchair accessible. The pace is fairly leisurely. Films will be subtitled.

FILMS IN THE PROGRAMME

Emperor Far Away by Alia Pathan, 2016

Filmed across three of China’s Special Economic Zones, and far away from the glittery sights of downtown Beijing and Shanghai’s Bund, Guiyuzhen in Shantou is where discarded electronics containing hazardous materials are dumped. Metals are salvaged from TV’s, phones and electric bikes, whilst rubber and plastics are burnt, melted or reconstituted.

BREATHE is about a sensitive boy idealist struggling alone to escape the future and preserve a world that doesn’t exist anymore, suffering an asthma attack during a pollution alert.

In the absence of his parents, a sensitive child idealist – Emri – tries to right the wrongs of the world outside from his prison inside a nuclear bunker. Pursued by an invisible force during a pollution alert, fighting off severe asthma… where else is left to run?

I Want You To Panic presents a family oblivious to a fire that gradually rips through their home. Each person engages in different activities; lifting weights, riding an exercise bike, applying make-up or facial tanning. An egocentric preoccupation with their physical appearance distracts them from the rising smoke and flames. Holmgren says, “This indifference in the face of disaster raises the question—what will it take for humans to react?”

Although Simon Le Boggit wrote this song 36 years ago, and made its accompanying video 25 years later, his reflections on the idiocy of war and greed and wilful ignorance remain as relevant as ever.

Trapped Summer has a humoristic tone, based around objects in everyday life, the cheap fan bought to bear the heat, swimming trunks, a hat, unused beach rackets never used.

Plastic is the main object in this animation. The plastic that has been on the media, in talks with your neighbour, in newspapers. In recent years, people have become more cautious about the use of plastic, using less of it, or none at all.