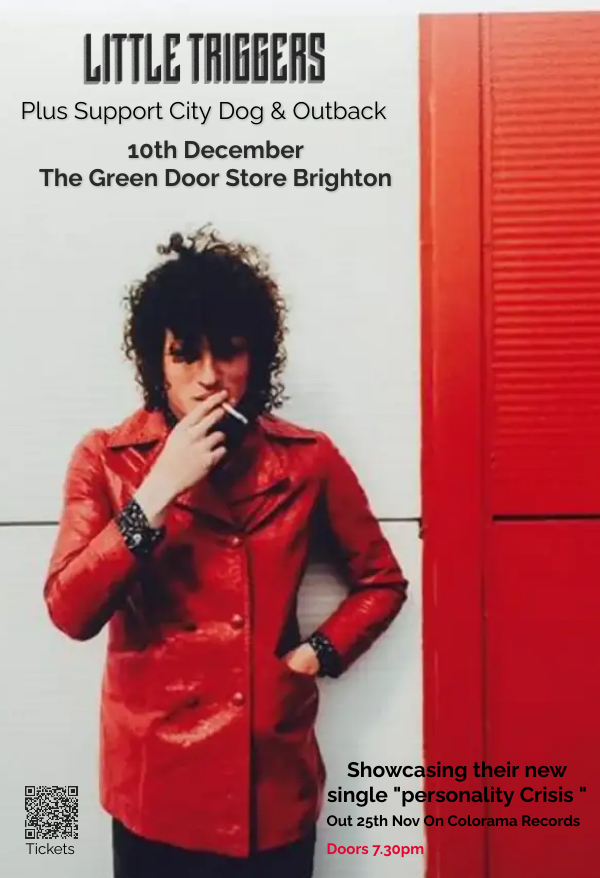 Emerged from the ashes of Tom Hamilton’s teenage outfit, The 45s, who signed a
three album, $800,000 publishing deal with Primary Wave/BMG in 2014, only to see the other band
members pull out under pressure from school and parents. They were entering their A level year at
the time. Devastated, the 17 year old Tom Hamilton accepted a place at Paul McCartney’s Liverpool
Institute of Performing Arts and kept a commitment to a two week French tour by hiring a couple of
session players and stepping up to front the band.
Having befriended ex Dr Feelgood guitarist Wilko Johnson when he snuck backstage at a gig in
Kendal when Tom was 14, The 45s supported Wilko and his band on several occasions and Wilko
joined them onstage to play Dr Feelgood classics in Wilko’s hometown of Canvey Island. The 45s
went on to share the stage with acts such as Elvis Costello at a festival in Belgium, tour with The
Stranglers, be joined onstage by members of The Damned and support acts as diverse as Eddie & the
Hot Rods, McFly and the Vamps.
Having gigged and toured extensively with The 45s, including several trips to France and Belgium,
Tom was determined to develop his career with a bunch of comrades who wouldn’t let him down.
Getting the right mix took some time but the final piece in the jigsaw ended up being his best mate
at music college who had previously fronted his own band.
With the Little Triggers line-up finalised in late 2017, the band rehearsed manically through early
2018 before embarking on a Spring tour. This culminated in a magical night at a festival in France
with 3,000 fans going berserk, mass stage invasions and young girls and guys becoming impromptu
backing dancers. The band were invited back to France for four gigs in August that year, returningto
enter the recording studio to lay down their debut album. An end of year highlight was stealing the
show from a Doors tribute band at a sold out Academy gig in Liverpool.
2019 has seen another 8 gig French tour, including playing to a 4,000 crowd at Le Voix du Rock
festival near Poitiers and storming a festival in Suffolk, who’s organisers labelled Little Triggers
“band of the weekend.”
The debut album was released in May 2019, with the first single, So Fine, played five weeks in a row
on Planet Rock Radio. The band were given a rave review in a Classic Rock magazine ‘High Hopes’
feature and the end of the year see’s So Fine featured as one of Classic Rock magazine’s ‘Tracks of
2019’.

CITY DOG
Drawing inspiration from the likes of Ty Segall Drenge Queens of the Stone Age And Demob Happy
The independent garage alt-punk three piece City Dog started of 2021 with a bang, with their debut single Mind Eraser catching the eye of many, including Slaves front man Issac Holman, Charlie Harper of @U.K. Subs, Kieren Gallagher of Gentleman’s Dub Club and various radio stations and Spotify playlists.
Being known for “turning a mosh pit into an absolute frenzy” -TPBR, the City Dog boys are all about live energy. After pelting out a chain of sold out Brighton headlines from the Komedia to The Green Door store to Patterns. Supporting some legendary acts such as Buzzcocks, Bob Vylan and joining Surfbort on their 2022 European tour coming back just in time to release their third single featuring established rapper sbk.
City Dog try and bring a contagious energy to everything they do. With more releases and shows on the way city dog are only just beginning!