Stand Up on the Hill 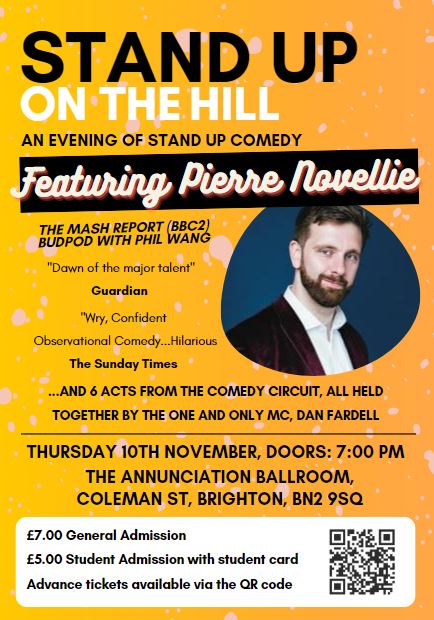 Prepare yourself for an evening of stand up comedy at the bottom of the hill in Hanover, Brighton.

Headlining our first event, we have the fantastic Pierre Novellie from The Mash Report (BBC2), the hit podcast BUDPOD with Phil Wang and Stand Up Central on Comedy Central.

“Dawn of a Major Talent” – Guardian

We’ll also have acts from the bustling Brighton comedy circuit, as well as industry names, all held together by the one and only MC, Dan Fardell.

Tickets MAY be available on the door but why chance it!