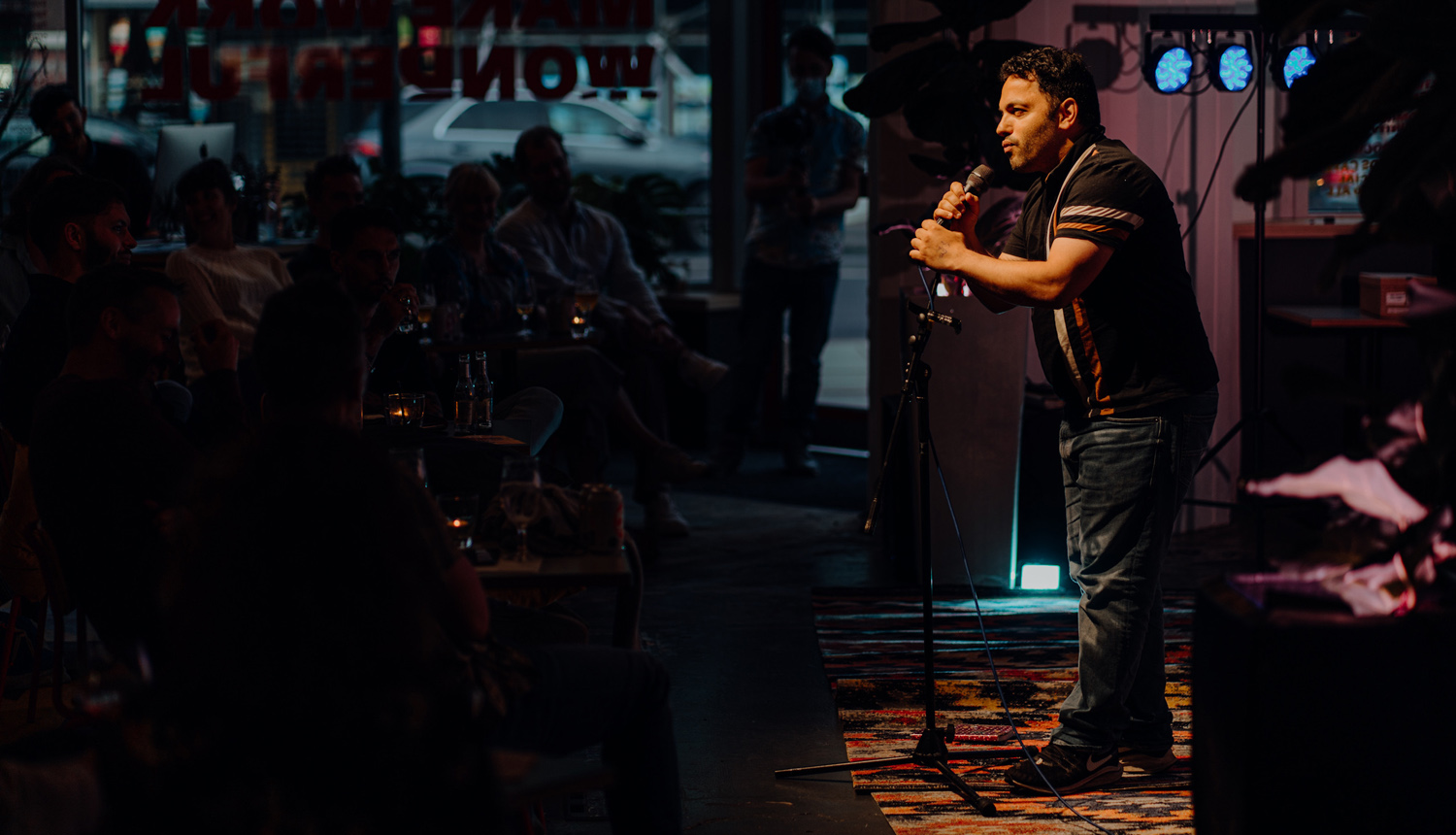 In collaboration with Municipal Comedy, LIVE at The Grounds brings you Stomping Ground Comedy. Located right in the heart of Hove, we’ll be tickling your funny bone with an incredible line up every month. We’re mixing it up by bringing both fresh, new local acts and established, national comedians to our bill.

We will be serving Pizzaface Pizzas before 8PM and in the interval.

Headliner: Alasdair Beckett-King
Alasdair is a legendary comedian, in that there is little historical evidence that he exists. But he does exist. Leicester Mercury Comedian of the Year 2017, Alasdair has appeared on Mock the Week, BBC Radio 4 Extra, and has performed stand-up at Glastonbury. He knows quite a lot about 19th century magicians. Tourists often ask to have their photo taken with him, presumably impressed by this.

Saven Chadha
Saven Chadha is a freelance digital artist; which means she can go for weeks without seeing or speaking to another human… Sounds awesome tbh but according to her GP it’s “not healthy”. As an efficient solution, she now leaves the house to talk to as many people as possible in one go. People laugh at her so it’s called stand up comedy. Someone once said it was a playful mix of self-deprecation and galaxy-spanning whimsy, which was pretty nice I guess.

Paul Griffiths
Paul’s won loads of competitions. Though none of them were for comedy.

Heather Elizabeth
Heather Elizabeth is a young Brighton Based comedian known for her cutting remarks and sarcastic humor that draws on her experience as a ex religious queer women.