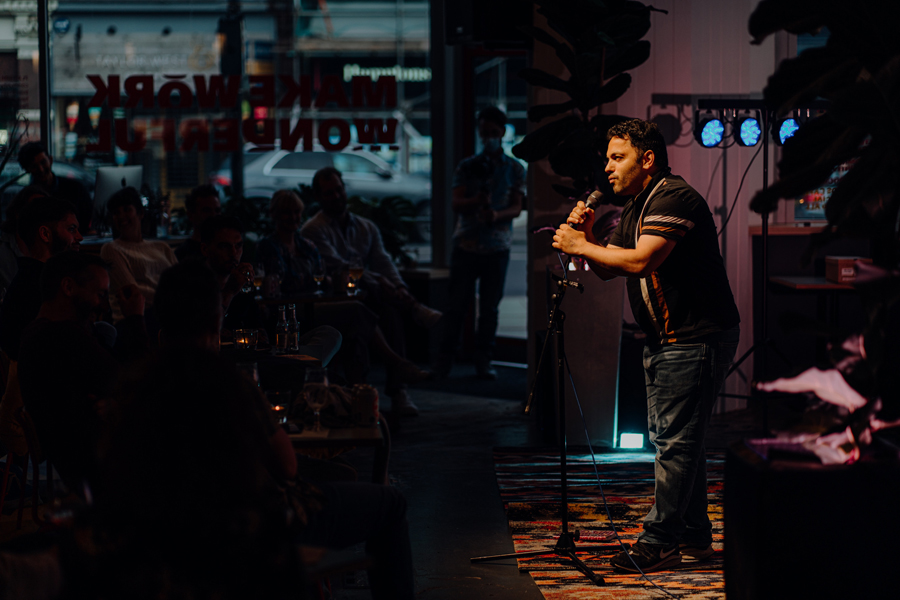 In collaboration with Municipal Comedy, LIVE at The Grounds brings you Stomping Ground Comedy. Located right in the heart of Hove, we’ll be tickling your funny bone with an incredible line up every month. We’re mixing it up by bringing both fresh, new local acts and established, national comedians to our bill.

We will be serving Pizzaface Pizza’s before 8PM and in the interval.

Headliner: Olga Koch
Olga Koch does stand-up comedy onstage and creates cathartic performance art in the privacy of her own home.

In 2018, she was nominated for Best Newcomer at the Edinburgh Comedy Awards for her debut hour, Fight. Fight was directed by Charlie Dinkin, produced by Berk’s Nest and originally performed at Pleasance at the Edinburgh Fringe Festival.

Georgia Apsion
Georgia Apsion uses her dry humour to reflect on a life lived spontaneously, without the proper training.

Jack Skipper
Jack has gained a big following with his online character based comedy and has now ventured into the world of stand up. Whether he is telling stories of his life as a carpet fitter or delivering observations on family life, his every day man persona is a win with audiences.