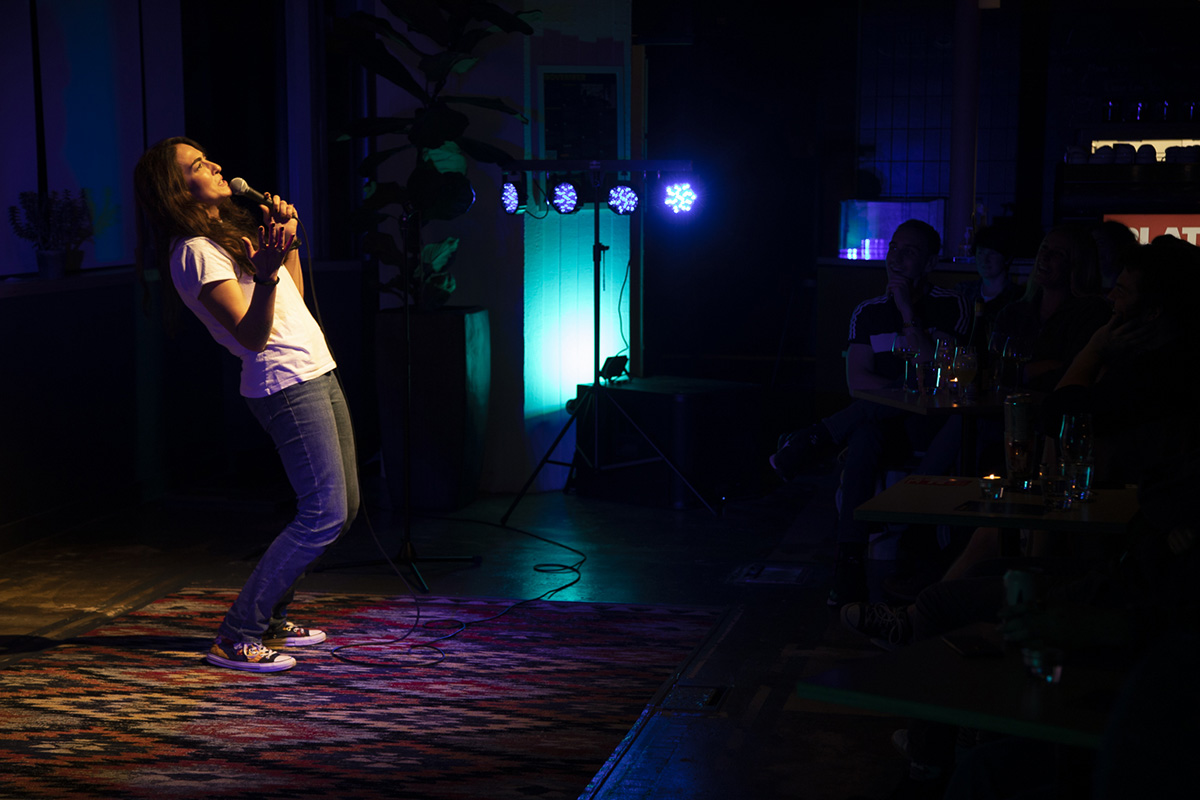 We will be serving Pizzaface Pizzas before 8pm and in the interval.

Please note, no entry will be permitted after 8pm. No food and drink from outside the venue may be brought in.

Tom is an award-winning comedian from London. He has appeared on ‘Live at The Apollo’ , ‘Live from The BBC’(BBC), ‘Roast Battle’ , ‘Stand up Central’, ‘Live From The Comedy Store’ (Comedy Central) and ‘The Stand Up Sketch Show’ (ITV2).

He also recently presented the LAD Bible series ‘In My Personal Space’, interviewing celebs such as Kyle Walker, Lady Leeshurr and Jamie Laing. He has supported Jack Whitehall, Joe Lycett and Sindhu Vee & Jason Manford on tour and done three solo shows at The Edinburgh Fringe. He is currently working on his fourth hour show ‘Anthem’ which will debut at The Edinburgh Fringe (Monkey Barrel) This August before embarking on a UK tour.

“A genuinely exciting talent” The Hearald

“A star in the making” TIMEOUT

Natalie Bryce is a Scottish comedian who has been described as the answer to “satire and debauchery”. She was Scottish Comedian of the Year Finalist in 2018 and winner of the Hot Water Comedy Roast Battle in November 2019. She is the spectacle wearing friend of the group who gets herself in strange situations!

“Natalie has a sparkling wit and a girl next door charm with a punch. Her funny routines always take you to a satisfying left turn. And she’s a lovely person to boot. Book her.” – Viv Gee (May 2021)

“Charming audiences with a mix of great gags, unique stories, quick wit thats always a hit with audiences. Don’t let her fool you, she is fearless. See her while you can” – Billy Kirkwood (August 2021)

Revel in ‘her inimitable warmth’,- Latest 7.