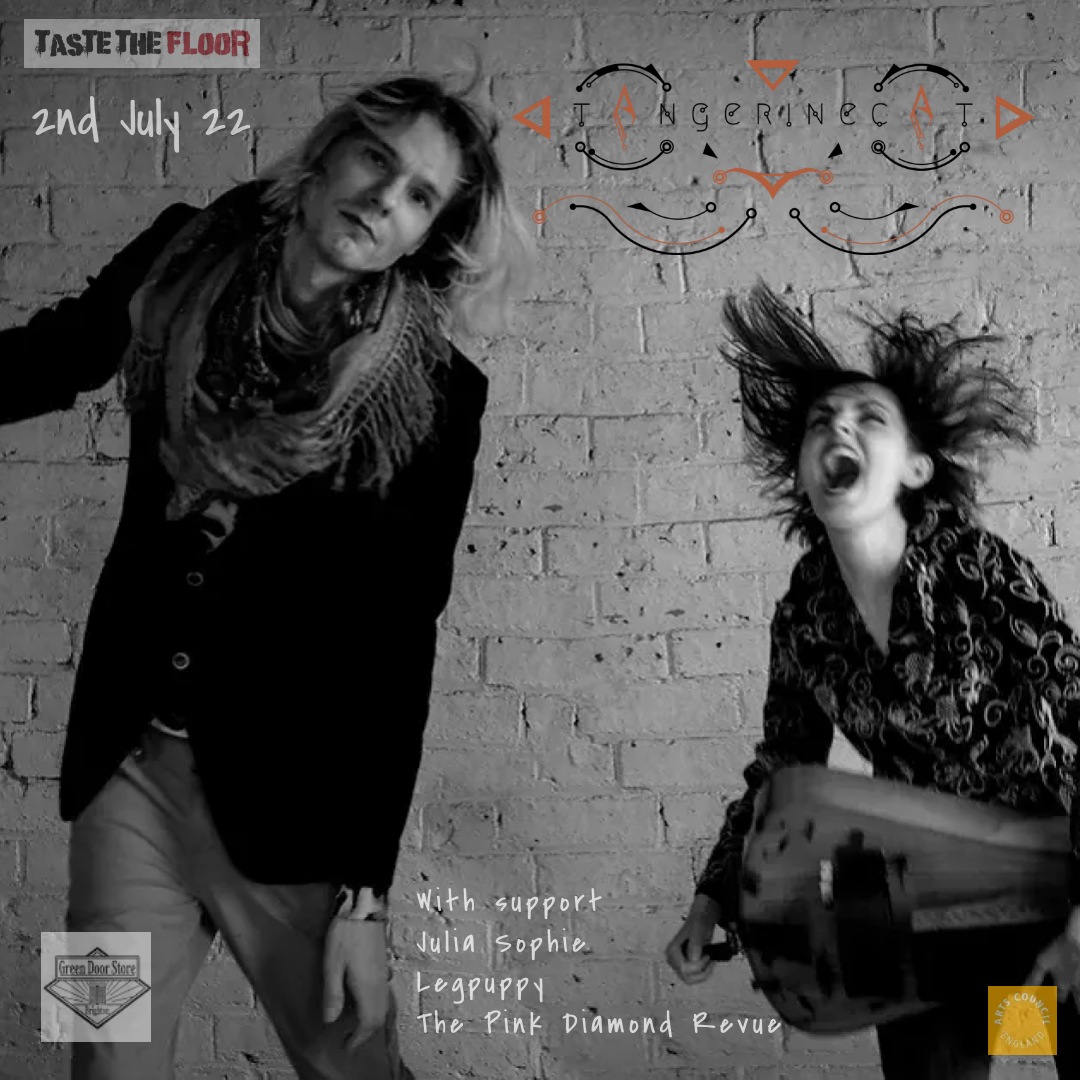 TASTE THE FLOOR are a series of underground music events taking place in Brighton.
The aim of the events is twofold: firstly, to connect the new original artists with the more established acts in the genres of punk, electronica and Gothic rock, thus providing them with invaluable experience and future opportunities; secondly, to expose new and exciting underground music to both the existing fans and the wider audiences in general.
Blue Door Music Productions and the band Tantrum Zentrum present:
TANGERINECAT
tAngerinecAt are Eugene Purpurovsky and Paul Chilton – songwriters, producers, composers, and multi-instrumentalists based in Wales and formed in Ukraine.
Their influences range from artists like Gesaffelstein, Son Lux, Auktyon, Nick Cave & The Bad Seeds, My Dying Bride, to the ethnic music of the Ukrainian Carpathian Mountains and the films of Sergiy Parajanov.
http://www.tangerinecat.net/

JULIA-SOPHIE
Earning her place in the avant-pop sisterhood of FKA Twigs, Grimes, Half-Waif and Natasha Kahn, Julia-Sophie’s palette is a mix of the hot, liquid, cool and electric. For all her spectral vocals, ethereal refrains there’s something earthy & intimate.
https://linktr.ee/juliasophiex0x

THE PINK DIAMOND REVUE
Spangly gold late 1950s LSD-inspired tripadelica.
http://www.thepinkdiamondrevue.com/
——–
Brought to you by Blue Door Music Productions
https://bluedoormusicproductions.com/
This event is partly funded by a grant from the Arts Council of England