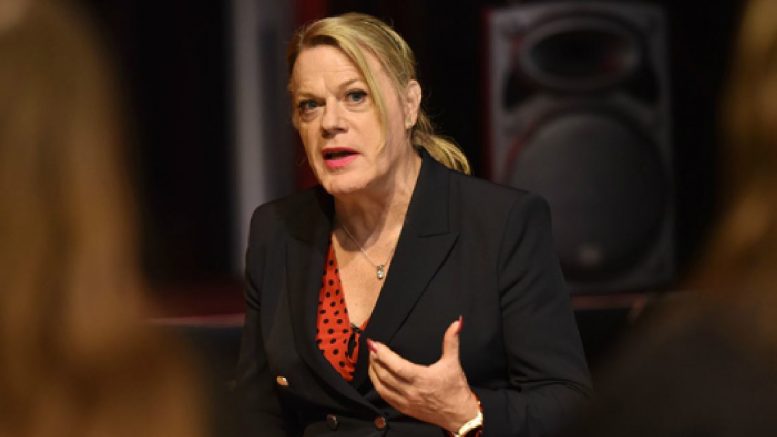 A COMEDIAN has been praised after requesting the use of “she” and “her” pronouns exclusively for the first time during a television appearance.

Eddie Izzard was speaking during an episode of Sky Arts’ Portrait Artist of the Year on Thursday.

The show sees artists compete to claim the title by painting portraits of famous faces.

Izzard, who lives in Bexhill, was speaking to one of the show’s competitors, Curtis Holder.

The 58-year-old described herself as “gender fluid” and asked to be publicly referred to as “she” and “her”.

She said: “This is the first programme I’ve asked if I can be ‘she’ and ‘her’ – the transition period.

“It feels great, because people just assume that… well, they just know me from before. I’m gender fluid.

“I just want to be based in girl mode from now on.”

Since the comedian’s public request, fans have taken to social media to show their support.

One Twitter user described Izzard as an “icon” while others described her request as “refreshing”.

One person wrote: “It brings me a lot of comfort seeing Eddie Izzard, someone with a traditionally masculine name, use exclusively she/her pronouns.

“Names don’t have genders and pronouns don’t indicate gender but as someone with a feminine name whose pronouns are they/them, this makes me feel seen.”

Another viewer wrote: “Watched Eddie on Portrait Artist of the Year this week. She’s an amazing and clever person”, while another tweeted: “Just discovered Eddie Izzard now uses she/her pronouns.

“Love you Eddie, thanks for being a trail-blazer.”

Others were quick to defend Eddie’s announcement, with one person tweeting: “The amount of people being transphobic towards Eddie Izzard using she/her pronouns is awful.

“People can use whatever pronouns they feel comfortable with and the only thing you have to do is respect that.

Izzard, who began a comedy career in the 1980s, previously identified as a transvestite and has used both “he” and “she” pronouns in the past, having described both “girl and boy modes”.

While receiving an honorary degree at Swansea University last year, Izzard requested female pronouns were used in the university’s press release about the ceremony and her career.

The comedian moved to Sussex from Wales at the age of seven, and worked at the De La Warr Pavilion in Bexhill as a teenager, serving tea to visitors.