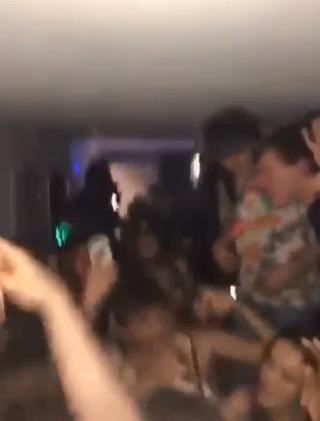 Police were called to the University of Sussex campus on Saturday night over reports of youngsters breaking the coronavirus rules.

In one clip revelling students were seen in a packed room dancing and cheering in Halloween costumes and masks.

Then in another clip two students appear to be attempting to shoot a firework through a traffic cone.

Dozens of officers descended on the campus, and police said section 34 dispersal orders were put in place.

But some students then went to Stanmer Park where officers seized a sound system and generator.

The organiser of the impromptu rave could face a £10,000 fine.

Meanwhile in nearby Bevendean, police were attacked after being called to a house party in Norwich Drive.

A police sergeant was attacked. One man was arrested on suspicion of assault.

Police said the party host was fined £10,000 for breaching the rule of six.

On Facebook Argus readers have reacted angrily. Many said the youngsters had shown “no respect”.

There was a large police response

Valerie Tovey said: “This is why Covid-19 numbers will keep going up. Not much social distancing here.”

The behaviour was described as “disgraceful” and “absolutely disgusting”.

Although Jenna Belle said: “One student party and it’s all young peoples fault. I’ve seen plenty of adults having parties too, and thousands protesting.

“I’ve also just walked past primark and seen a load of adults queuing right up the road… none of which looked like they were social distancing!

“This problem isn’t caused by one group of people.”