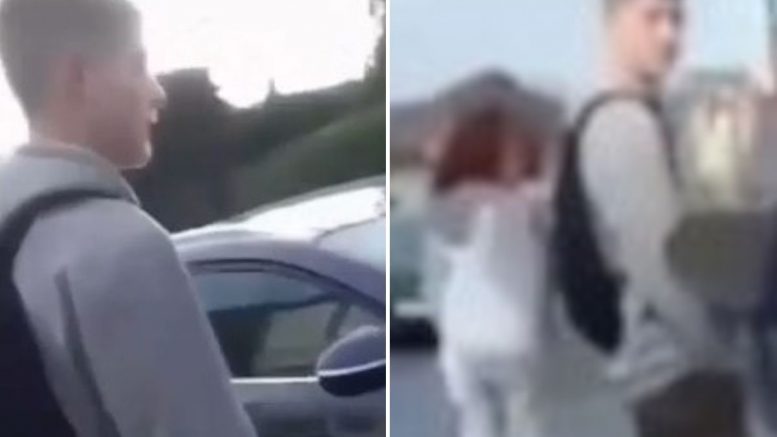 A BOY was punched and kicked in an “entirely unprovoked” attack which was filmed and posted on social media.

The 12-year-old’s face was left bruised and swollen after the brutal assault in Southwick on Wednesday.

Sussex Police have now launched an investigation into the incident, releasing two images of a suspect they want to identify in connection with the attack.

The young victim was walking along Underdown Road with a group of friends at about 2pm when he was set upon by two older boys.

They kicked and punched him, leaving his face bruised and swollen.

The attack was filmed on a phone and posted on Instagram, where it has since been shared.

PC Emma MacSweeney said: “This was an unprovoked attack on a 12-year-old boy by two suspects who are much bigger than him.

“The assault was filmed by one of them and distributed on social media.

“We are now appealing to the public for assistance as we are confident someone knows who these individuals are.”

The boy pictured in the image released by police as part of their search is white, 5ft 9in tall and of medium build.

He is thought to be about 15 years old with short, mousey coloured hair.

He was wearing khaki colour trousers, a grey hooded jumper and had a black Nike rucksack at the time of the attack.

The second boy who filmed the incident, but is not pictured, has been described to police as white, 5ft 9in tall and of medium build.

He is also thought to be about 15, with curly blond hair.

A Sussex Police spokesman said: “Anyone with information is asked to report online or call 101 quoting serial 0499 of 05/11. Alternatively, you can contact the independent charity Crimestoppers anonymously on 0800 555 111.”