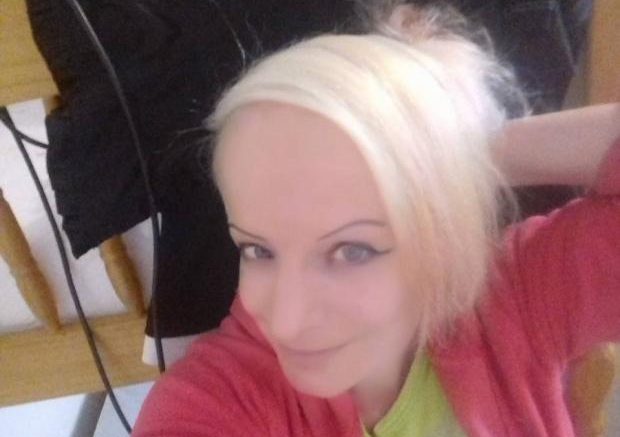 A MAN has been found guilty of bludgeoning a woman to death with a hammer and dumping her body in a wheelie bin.

Richard Canlin carried out a “brutal, frenzied” attack on Nicola Stevenson at her flat in Stansfield Road, Lewes.

He battered her with a claw hammer, leaving her blood spattered throughout the property, before shoving her body headfirst into a bin with her bloodied blankets.

Nicola, 39, a mother-of-two, was vulnerable as she was diagnosed with Russell-Silver syndrome from birth, a type of dwarfism. She was 4ft 9ins tall.

A horrified dog walker made the grisly discovery of her body off the Landport estate several weeks after the murder.

Police found 42-year-old Canlin still living in her flat, where he had switched bills into his own name and had bought himself a snooker table and Xbox using Nicola’s benefits.

At Hove Crown Court Canlin was found guilty of murder by a jury of eight men and four women after nearly four hours of consideration following the two week trial.

The court heard how he had blamed Nicola’s ex John Parish for the murder, but police ruled him out of their inquiries.

They found Canlin’s DNA on a claw hammer which also contained Nicola’s blood.

A court heard lies from Canlin who claimed to be at a fairground in Nottinghamshire at the time of the attack, when phone data showed he was in Lewes.

CCTV footage showed him waiting at a cash machine waiting for Nicola’s benefits payment to be put in her account, then using her card to take out cash.

It was days after friends had last heard from Nicola.

Messages on Nicola’s phone showed she was fearful of Canlin, and had asked friend Nicholas Thomsett to contact the police for her.

The scene in Stansfield Road, Lewes

She had wanted to get Canlin, who had been lodging with her since August, to move out.

In a Whatsapp message to Mr Thomsett she wrote: “He’s my step brother only by marriage.

“He wants to be in a relationship with me. I hate him.”

But the jury heard that Canlin may have used her phone to try to throw Mr Thomsett off the scent.

He told neighbours and her friends that she had moved out.

But days after an alleged row on October 13, neighbours in the flats at Stansfield Road said they could smell a strong smell of cleaning products.

The wheelie bin containing Nicola’s body was seen off the landport estate by dog walkers towards the end of October.

Nicola’s body was found in this wheelie bin

Dog walker Alex Kirby then found the body when he looked inside the bin on November 13, and police launched Operation Stafford, a murder inquiry.

Canlin denied murder, but was found living in the flat, where a blood stained rug had been rolled up, and bloody sheets were still in the washing machine.