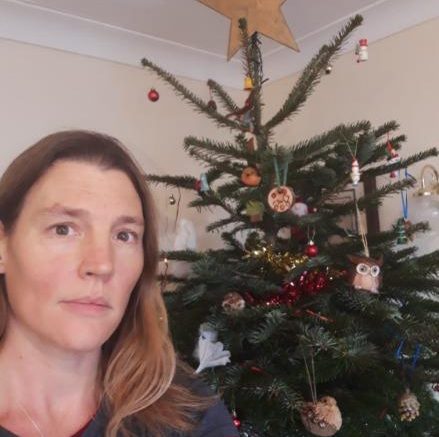 A MOTHER is preparing for her first Christmas since her teenage son went missing more than eight months ago.

Stella Harding last saw her son Owen as he left the house to go for a walk on March 26, just three days after Boris Johnson announced the first national coronavirus lockdown.

Despite huge community search efforts and missing persons appeals which have been shared thousands of times across the country, there have been no sightings since. Owen was 16 at the time he went missing.

“Me and my six-year-old daughter set up the tree last week,” the mum-of-two said. “One of the decorations says Owen on it.

“Usually, me and Owen bring the tree in together. We would have a little argument over where was the best place to put it. There would be needles everywhere.

“I thought it was going to be a devastating experience. Putting the lights and the tinsel up I had this gutted feeling because Owen’s not here. But we did it.

“Owen was an adventurous young lad who lived life to the full. He is gone, but we need to keep living and honour him.

“We need to talk about him and keep his spirit alive.

“Even when something like this is hard, I’m still going to do it for Owen, and for my daughter.”

Owen went missing on March 26, three days after Prime Minister Boris Johnson urged people to stay at home as much as possible, and meeting with others from different households was prohibited in an attempt to stop the spread of coronavirus.

“It was a really difficult week,” Stella said.

“Looking back, I was quite stressed, more about lockdown than about the virus.

“I’m a single parent. How do you get support if you need it if you can’t meet anybody?

“I have quite a community of friends in Brighton. We have always been there for each other.

Stella, 43, said Owen was also struggling with the new measures, being unable to see his friends or visit his girlfriend in York.

“He said he wanted to go up north to see her,” Stella said.

“I said no, it seemed like the right thing to say. He went for a walk and never came back.”

A huge community effort was launched in Saltdean, with widely-shared online appeals for his whereabouts seen by thousands on social media and missing persons posters plastered across Brighton and Hove.

A former police officer living nearby also organised socially distanced searches of the undercliff, the South Downs, Telscombe Tye, along the A259 seafront road and other parts of the area.

“That was beautiful,” Stella said. “Seeing human kindness like that.”

But, despite this major effort, nothing was found.

After Owen had been missing for two weeks, Stella said she received a visit from a police inspector.

“He said they had nothing else to go on, no other leads,” she said.

“They were never going to close the investigation.

“But when a teenager or young adult goes missing they are not high risk in the same way as a young child.

“They are either deceased or they are keeping themselves alive and don’t want to be found.

“The police and all of us found it hard to believe it would be the second one.

“But then, is he dead? It’s an obvious answer, but it’s harrowing.

“We don’t want to think that.

“It’s a horrible limbo, but that’s the curse of having a person missing. You never know if they are alive or dead.

“All of us who know and love Owen hope that he will turn up.”

Though that hope remains, swimming teacher Stella said she had “encountered grief”.

“Grieving that he is not here,” Stella said. “Christmas is coming up, the first without him. It’s raw.

“I swim in the sea every day, which is very helpful.

“Some days I float and I’m at peace with it, other days a wave comes and hits you from behind, dragging you down to the sea floor.”

Bosses at charity organisation Missing People have voiced concerns that the “the experience of lockdown” could result in an all-time high in the numbers of missing people.

“This year the financial and societal impacts of the Covid-19 pandemic are likely to lead to a significant increase in the numbers of people going missing, and feeling suicidal, perhaps at a scale not seen before.”

With gatherings now limited to three households over the Christmas period, Stella urged people to think of others.

“We are a community and we need each other, social contact and seeing other people.

“Everyone is suffering without that.

“Cancer treatment, social deprivation, mental health, abusive relationships. If we have this tunnel-vision approach to fighting coronavirus, we missing all these other things.

“It is so important that people reach out and support each other at this time.”