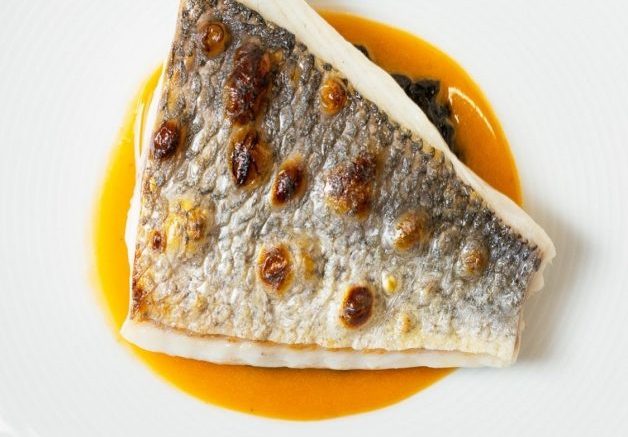 Restaurant Andrew Fairlie at The Gleneagles Hotel in Perthshire has been crowned the UK’s best restaurant in the new Harden’s Top 100 list.

Scotland’s world famous restaurant hailed – ‘a memory to be treasured’ – shot to the top spot for its luxurious ingredients prepared with ‘impeccable skill and creativity’ and attentive staff who are ‘knowledgeable in all respects’.

Amongst cities, Brighton is revealed as the location with the third highest number of restaurants to feature in the guide’s Top 500 ranking, with London an obvious first and Edinburgh second.

The 32nd edition of the Harden’s guide, published this week (ISBN: 978-1916076150, price £18.99: also available as apps for Apple or Android), is now the only UK restaurant guide sold in bookshops based on feedback from normal diners rather than a group of professional inspectors.

A total of 30,000 reports are submitted from a survey of 3,000 diners. Restaurants at all price levels are listed: from street food vendors to the country’s most ambitious dining rooms, with 2,800 restaurants listed in total.

The Little Fish Market tucked away on Upper Market Street in Hove is the only restaurant in East Sussex to make it into the elite Harden’s Top 100 list. The intimate establishment, which allows just 20 guests per sitting, is hailed as an “exceptional foodie experience”, by the UK’s 2023 restaurant bible whose surveyed diners say this “absolute gem of a restaurant” is “hard to beat”.

Chef Duncan Ray (part of Heston Blumenthal’s original launch team at the Fat Duck) is “fêted among restaurant owners and foodies” for his “fish-based 8-course menu, which invariably delights” – and has earned increasing recognition in his 10 years at the cherished local eatery.

Extending the scope, Brighton has a total of 9 restaurants in the guide’s Top Scoring 500 restaurants – the third highest number in the UK. These include: hip, specialist burger bar Burger Brothers on North Road; vegetarian and vegan restaurant Terre A Terre in The Lanes; and Riddle & Finns On The Beach, now in its new home in the Rotunda on Brighton promenade.

“Brighton is always such a popular foodie destination for those looking to enjoy of-the-moment trends accompanied by warm service and surroundings that make you feel like a local.

“A coastal bolthole for many London chefs, the talent pool here is impressive and comes through in the creative use of all that superb local produce that comes from land and sea, presented simply with tonnes of flavour and a sprinkling of British seaside nostalgia.”

25 of The Harden’s 100 ranking of the UK’s best restaurants which derived from the 30,000 reports with ratings submitted by 3,000 diners who contributed to the Harden’s annual survey.

Free bus travel to the Downs