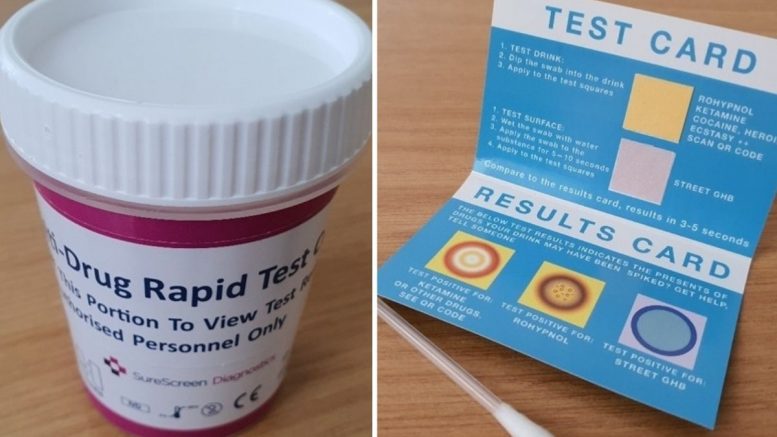 Operation Reassure will see drinks tested for possible drink spiking at venues across Chichester and Arun.

During the trial, officers will work with local pubs, bars and restaurants to test drinks for spiking.

In a statement, Arun Police said: “Working with select local venues during this trial, they will be able to test drinks for possible drink spiking.

“Additionally, officers will be able to use rapid testing of urine in cases of reported drink spiking.

“We are hoping to offer reassurance to individuals around drink spiking concerns and to identify investigative opportunities earlier to support victims.”

More than 100 spiking incidents were reported to police across Sussex in a ten-month period, an investigation earlier this year revealed.

A freedom of information request put in by The Argus revealed that 108 crimes were recorded between January 1 to October 31, 2021, by Sussex Police.

The offence of drink spiking does not have a specific Home Office crime code.

Therefore, the force created a search that looks for certain keywords, such as “spiked” and “lacing”, contained within the Crime Summary, or Modus Operandi fields, within any recorded sexual offence or violent crime.

“Spiking” refers to when someone is given alcohol or drugs without their knowledge, usually in a drink.

Of the 108 offences, 61 of the crimes were committed in Brighton and Hove and 90 of the victims from across the county were female.

In March, it was revealed that staff at venues across the city were to be offered specialist training to help combat the rise in drink spiking.

Venues which complete the training will receive official accreditation.

Government Minister Mims Davies said it is time to “stand up for victims” of drink spiking following the release of a government report, which found that of the 1,895 spiking victims who responded to questionnaire, nine in ten said they received no support after an incident.