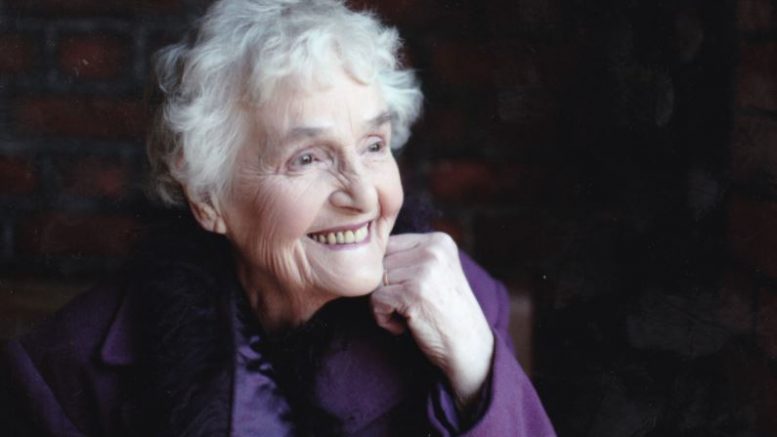 TRIBUTES have been paid to the committed former president of a homelessness charity, described as being “close to a saint”.

Patricia Norman, who was life president of Brighton Housing Trust (BHT), has died at the age of 96.

The Quaker and teacher became involved with the charity in 1969, a year after it was set up.

It was while attending the founding meeting of the West Pier Society in 1969 that Patricia decided to join the organisation.

While she thought the society’s aims to save the pier were worthwhile, she was more concerned with the people sleeping underneath it than the structure itself, and joined BHT the next day as a volunteer.

She served on the BHT board for almost 40 years before standing down in 1995, when she became the charity’s first life president.

Born in Hove in 1924, Patricia trained as a youth and community worker and lived in Glasgow and Wolverhampton before returning to Brighton, where she discovered the Friends adult education centre.

She started attending Quaker meetings in 1954 and became a lifelong active Quaker, taking on the role as principle at the Friends Centre for more than 40 years.

Patricia was passionate about bringing people together and ran the Tuesday at Friends group for older people to come and hear speakers for more than 50 years, when she was well into her eighties.

Andy Winter, chief executive of BHT, said: “Pat Norman will have touched the lives of many thousands of people. I know she has touched my life in more ways than I can say, and I am immensely grateful to her.

“When I spoke to her on her 96th birthday earlier this year, shortly into the first national Covid lockdown, she was characteristically more concerned about the people using BHT services and how we were coping with coronavirus than with her own situation.

“She brushed aside any concerns for herself, and said her daughter, Lucy, and her neighbours were making sure she had what she needed – and that she had so much she felt she should really be helping others.

“Anyone who met Pat will understand why I say that of all the people I have met, she is the closest to being a Saint. I feel that a light has gone out in my life”.

Before she died, Patricia had said she she would welcome any donations to BHT in her memory. To donate, visit bht.org.uk.