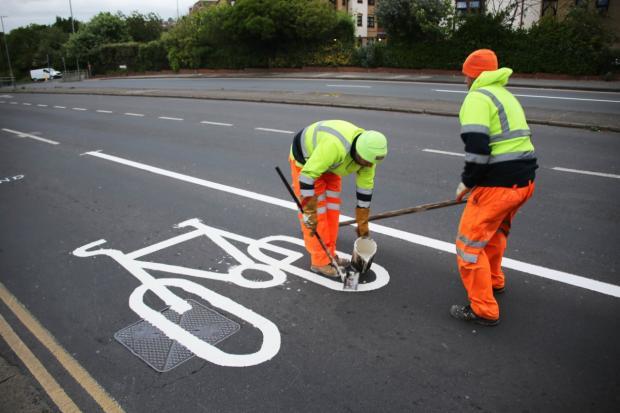 RESIDENTS have recommended creating a car-free city centre and prioritising cyclists over cars as some of the ways Brighton and Hove could become carbon neutral by 2030.

These measures are two of ten put forward by members of the city council’s first Climate Assembly.

This is a group of 50 randomly selected people from across the city who have been tasked with learning about climate issues, discussing them and making recommendations to the authority on changes that could be made in Brighton and Hove to lessen the impact on the environment.

These largely focused on providing a network of affordable public transport and active travel options as an alternative to car use.

Here is the full list in order of priority:

2. The public transport system should be affordable and accessible

4. The council should actively consult and engage with the community

6. Cyclists should be prioritised over cars through well-designed dedicated cycling networks that are safe and practical for day-to-day use as well as leisure

7. Introduce a ‘park and ride’ to minimise car use in the city

9. Messaging should focus on what people gain rather than lose and educate or expand knowledge

10. There should be a focus on incentives rather than sanctions as interventions

There are proposals for a car-free ctiy centre in Brighton

These recommendations are now set to be considered by Brighton and Hove City Council.

“Feedback from the assembly will help to inform to the city’s major transport and climate plans,” a spokesman for the authority said.

It also said the proposal of a car-free city centre was already under consideration as part of its plans to create a “Liveable City Centre”.

This and several other ongoing schemes are designed to contribute to the city’s pledge to become carbon neutral by 2030.

The Climate Assembly’s proposals have now been received by Green council leader Phelim Mac Cafferty and Labour opposition leader Nancy Platts, with Cllr Mac Cafferty saying the results had shown that “we must take action and support our city to make changes”.

He said: “Today, we are extremely proud to share the feedback from the city’s first climate assembly. Given that later this year our country hosts the next UN climate talks our timing could not be better.

“This has been an incredibly exciting piece of work, that has brought together a range of residents from all walks of life to give us their own thoughts about what we do about the climate crisis.

“With a whole third of our city’s toxic emissions coming from transport, residents have been clear that we must take action and support our city to make changes.

“The Covid-19 pandemic has reinforced that now more than ever we need to work together to prevent the worst of a crisis.

“I want to thank all members of the climate assembly for their participation, energy and feedback, particularly as the assembly had to move online.

“The conversation certainly doesn’t start and end here – councillors will now look in more detail at the recommendations and consider them as part of transport plans already underway. We continue to welcome the thoughts and views of all residents.

“We now have less than nine years to play our full part in bringing down toxic emissions, and the assembly has helped us keep a sharp focus on the challenges ahead.”