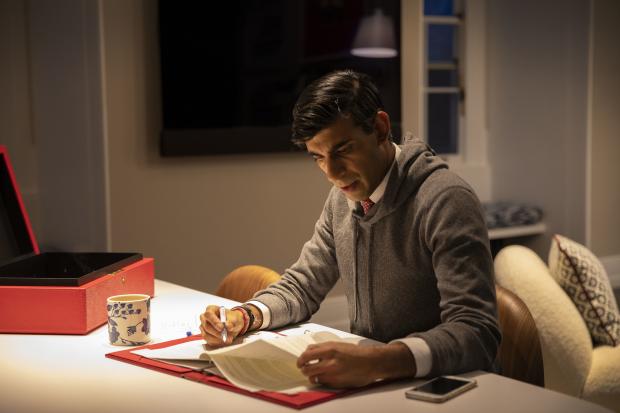 A LEADER of a city council says funding announced by the Chancellor as part of the Spending Review “falls massively short of what’s needed.”

He also said councils will be able to access over £1 billion of spending for social care through a £300 million social care grant and the option to levy a three per cent adult social care precept.

Local authorities will be able to increase council tax bills by two per cent without needing a referendum.

Cllr Mac Cafferty said: “£300m grant for local government is new, but split that between all councils and it’s tiny and falls massively short of what’s needed.

“Local councils have borne brunt of the Covid-19 emergency but funding has been slashed over the past 10 years.

“Investment is desperately needed, but the government passed the buck on national action. The Chancellor has shifted responsibility to councils to raise council tax rather than fund us directly.”

An extra £3bn for the NHS in England was also announced, to help tackle the backlog of operations delayed due to Covid.

There will also be an increase in defence spending, as well as a £4.6bn package to help the unemployed back to work.

The Chancellor also announced that public sector pay would be frozen, except for the lowest paid, as well as nurses, doctors and other NHS staff who will get a salary rise.

He also said spending on overseas aid, as a proportion of national income, would be 0.5 per cent in 2021-2 – down from the 0.7 per cent currently set in law.

Brighton MP Caroline Lucas said the decision by the Chancellor to cut overseas aid as part the Spending Review is “shameful’ and “short-sighted”.

The Green MP wrote on Twitter: “Sunak says he wants to strengthen the UK’s place in the world and in the next breath confirms a cut in overseas aid – with no commitment to restoring it to 0.7 per cent in near future.

“Shameful, short-sighted & deeply damaging to the future of the world’s poorest Spending Review.

“The Government must invest in all our key workers working in every health and social care setting.”

He wrote on Twitter: “I am thinking of all the police officers I’ve spoken to in recent months who’ve been in the front line of keeping us safe, suffering a massive rise in assaults but continuing to serve and getting a pay freeze in return.

He said: I welcome Chancellor of the Exchequer, Rishi Sunak’s Spending Review; in the midst of a global pandemic economic crisis Government are handling taxpayers’ money wisely to build our economy back better, prioritising UK interests sustainably and supporting job creation.”