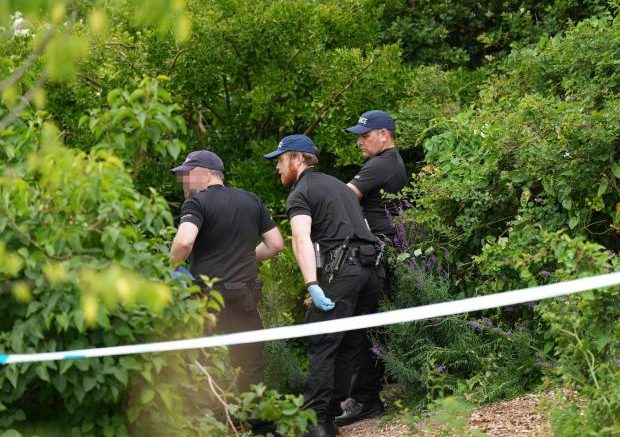 A COUNCILLOR will look for assurances from authorities after the tragic death of a woman in one of the city’s parks.

Emergency services were called after the woman was found unconscious in Queen’s Park in West Drive, Brighton on Friday.

She was pronounced dead at the scene at around 10pm.

Her death is being treated as unexplained currently.

Search teams in the park

Nick Childs, Labour councillor for Queen’s Park, said he will be looking to get “further details and assurances” from authorities along with fellow councillor, Amanda Evans.

He said: “Any death is a tragedy and our thoughts and prayers are with the friends and family of the deceased.

“The circumstances of the death are not fully know at this time, but Cllr Evans and I will be working with the authorities to seek further details and assurances.”

Police have cordoned off Queen’s Park while investigations continue.

Photos at the scene show scenes of crime officers (SOCO) investigating by the clock tower within the park.

Search teams also arrived yesterday to look around the park.

Tributes poured in on social media after the incident.

One woman said: “This is so awful. Poor woman and so awful for her family and friends. I live two minutes from the park and I’m shocked to hear this.

“This is horrendous it just goes to show you that it doesn’t matter what walk of life you come from or where you live that this happens right under your nose. Heart breaking.”

Another person added: “God bless her and her friends and family, may she rest in peace.”

Sussex Police are appealing for information about the incident.

A spokesman said: “Emergency services were called after an unconscious woman was found in Queen’s Park, West Drive, Brighton, at 9.49pm on Friday, June 17.

“She was sadly pronounced dead at the scene and enquiries are ongoing. Her death is being treated as unexplained at this time.

“Anyone with information about the incident is asked to report online or call 101 quoting Operation Ranworth.”