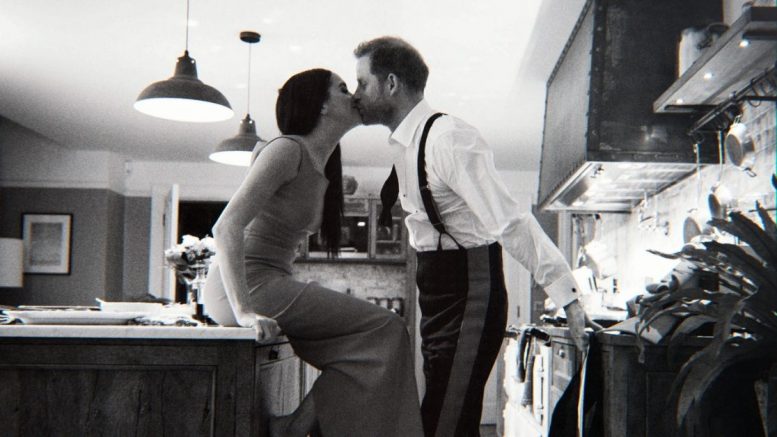 Either we’re better informed as a society, or life is genuinely speeding up. Social media seems to be erupting on an hourly basis with a barrage of outrage over the latest chaos, confusion and controversy. Compacting such a busy year into just a few hundred words is going to be tough, but we’ll give it a go regardless. Get strapped in and brace for some idiocy… because this was 2022!

Heartbreakingly, the year’s defining event was inarguably the war in Ukraine. Worried everyone wasn’t paying him enough attention, President Vladimir Putin decided to launch an invasion of a neighbouring sovereign state under the pretence of protecting its pro-Russian community – who he proceeded to shell for ten months. Or maybe the intention was to eliminate ‘Nazi’ elements in the region. Or was it that he was trying to prevent a war? Eventually, most people stopped listening to his constant revisionist justification for a horrendous range of atrocities.

With enough small-dick energy to power Las Vegas, Putin insisted he take direct control of his armed forces, expecting capitulation from the home side would bring a swift end. A conflict as much fought through news networks and social media as it was with bullets and bombs, the internet was aflame with local farmers stealing artillery pieces from the invaders and celebrities heading for the front line in combat gear. After nearly a year of defiant resistance, the conflict has devastated an area larger than France, Russia has been forced to draft huge numbers of its own civilians to reinforce an impossible position and Moscow’s economy is in tatters due to robust sanctions from half of the planet. As vanity exercises go, it’s been despicable and utterly pointless.

On a brighter note, Ukraine won Eurovision 2022! Folk-rap group Kalush Orchestra seized the prize in Turin with Stefania – a stirring anthem about stopping tanks from parking in your front garden (I think). Somehow Britain came second, our best result since 1998. And now we get to host it on Ukraine’s behalf this year, due to all their TV hosts currently searching for armoured columns to blow up.

The perfect storm of energy shortages in Europe, soaring inflation, the financial burden of dealing with the pandemic and trading difficulties due to Brexit triggered a cost-of-living crisis in the UK. Butter started bearing those electronic tags which usually deter thieves from stealing alcohol.

The US held their mid-term elections, amongst a febrile atmosphere of gun violence, women’s rights and a looming economic crisis. After declaring that he would run for the presidency again, Donald Junglist Trump supported a slew of foamy-mouthed, witch-burners. In one of the biggest upsets in recent electoral history, few of them got in – surprisingly including one misogynistic ex-footballer, who was kept away from reporters as he kept telling everyone about how he wanted to be a werewolf. The Democrats finally retained hold of the Upper House, ensuring that at least some legislative business can continue.

Back in Britain, politics was also losing the plot. Both Sir Keir Starmer and Boris Johnson Liz Truss Rishi Sunak kept malfunctioning, hollering ‘Deliver!’ and ‘Working People!’ until aides were forced to reset them by pressing Ctrl-Alt-Del.

We’re still lucky in Britain. On 16 Sept, protests erupted in Iran after the death of Mahsa Amini. Arrested and beaten by the country’s ‘morality police’, she became a figurehead for people disgusted with this brutal regime. Even now, crowds are still on the street, all seeking an end to the suppression of women and free speech.

In other international situations, no matter how much Novak Djokovic whished it would, Covid simply refused to go away. Infections are still reaching record highs, but planet Earth is bored of wearing masks and washing its hands. Then came M-Pox, which isn’t a new hip-hop craze all the kids are getting into.

Matt Hancock, a creepier version of your sister’s feckless first boyfriend crossed with the Milk Tray man, who bizarrely became health secretary, decided the best course of action to deal with failing fortunes was to appear on I’m A Celebrity, Get Me Out Of Here. He proceeded to spend his time in the jungle being weird around the other contestants and being chosen for revolting Bush Tucker Trials. Unfortunately, none of these included saying a final tearful goodbye to a loved one over Zoom. He also came third. But then, as we are swiftly establishing on this very page, there is no justice.

Western civilisation endured another existential threat, as The Duke & Duchess of Sussex released their much-anticipated Netflix documentary. Rather than being an all-out attack on the Monarchy, it largely focussed its aim at the toxic environment fostered by some British media outlets. The indignation boiled over, especially amongst those who hadn’t seen it (although the show was admittedly a bit boring). Our airwaves were abuzz with people saying: “I think…” on an industrial scale.

It has been a horrendous year for the Royal Family. After becoming the second longest-reigning monarch ever, Queen Elizabeth II passed away this year. Hundreds of thousands of people from around the world patiently waited in line for up to 22 hours to see her lying in state at London’s Westminster Hall. The news media managed to turn even this into a circus, with round the clock footage of the queue and by hysterically exposing those who used their celebrity to push in front.

Along with the sad passing of HRM, we said goodbye to far too many of the great and the good, including the brilliant writer Barry Cryer, fashion designer Issey Miyake, Shane Warne and Bernard Cribbins.

Also no longer with us, but not because he’s died, was Kanye West. After another period of bewildering and offensive behaviour, the American rap star lost his lucrative sponsorship deals. Also disgracing himself was Will Smith, who slapped Oscars host Chris Rock following some pointed remarks about the King Richard star’s wife. Awkwardly, Smith soon had to make another journey to the stage for his Best Actor statue. The Johnny Depp versus Amber Heard defamation trial dragged on for at least 400 years, continuing to cast negative light on an apparently toxic relationship.

Our interaction with technology became even more pervasive. Although everyone was still broadly ignoring the Metaverse… Elon Musk (if you didn’t know, he’s like if Bruce Wayne spent every day telling the world how great he was instead of cruising the streets at night looking for action) completed a $44 billion acquisition of Twitter, and promptly devalued it and made it less enjoyable to use.

In other science, the Event Horizon Telescope revealed the first image of Sagittarius A, a supermassive black hole at the centre of the Milky Way. In the USA, scientists managed to conduct a successful nuclear fusion experiment, creating more energy than they used. A similar experiment also produced some encouraging results. Limitless clean energy is not so far away. NASA’s DART mission crashed into the asteroid Dimorphos in a first test of potential planetary defence torn straight from the plot of a Jerry Bruckheimer film.

Retail faced other challenges, as the resale market started growing 11x faster than traditional outlets after the Covid crisis. People are giving more consideration to the impact their purchases are having on the environment. A growing mantra is reuse, recycle and reduce. Ethical investment has also started growing in popularity, with more people wondering if their money could be used in sustainable ways.

With a majestic roar of apathy, The FIFA World Cup came to Qatar. As the tournament was staged in winter, to avoid killing players or spectators in the fierce desert heat, it disrupted almost every nation’s domestic season. There was also significant controversy over treatment of foreign workers and forceful oppression of the LGBTQ community. With wearing predictability, England were kicked out by France due a missed penalty. On a brighter note, Morocco became the first African or Arabic team to reach the semi-finals. The tide is beginning to turn.

Worry not, because England’s Women’s squad really did bring football home. The UEFA Women’s Euros came to England, with some of the most compelling games being staged at Brighton’s Amex Satdium – including The Lionesses decisive 8-0 victory over Norway. Everyone got caught up in football fever, as England went on to win our first major tournament since 1966.

It is easy to focus on the negative events, but last year was also filled with heroism, personal triumph and proof that human spirit remains undaunted by even the most challenging of circumstances. You share this planet with 8 billion people, the overwhelming majority of whom quietly go about their day with love and dignity.

There’s been fishing skippers pulling drowning refugees from the Channel, boiler repairmen fighting poverty, footballers campaigning against child hunger and people standing up for what’s right. The world might be speeding up, but we won’t let that rob us of truth and hope.